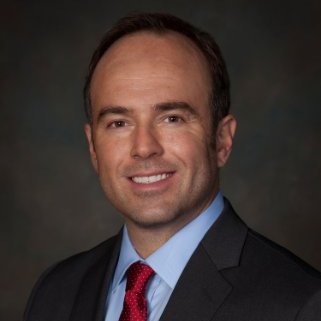 Michael Belote:‘Demand for data center services are driven by the explosion of bandwidth and storage needs,’ says the vice president and general manager at Peak 10.

The project includes developing up to four server farms on a 12-acre property on Windward Parkway. While Peak 10 declined to disclose its investment in the expansion, industry sources peg it at more than $50 million over time, based on the scope of the project., N.C.-based data center operator Peak 10 is planning to develop a large campus in Alpharetta, an enterprise technology hub.

Peak 10’s Alpharetta campus is one of the latest expansion sites of an enterprise which includes 25 data centers. This campus includes up to 110,000 square feet of built-out space, about half of which would be “raised floor” space — the heart of the data center, where servers, computers and other electronic hardware is installed.

The expansion is in addition to two data centers in Norcross which are essentially full.

Peak 10 caters to small and midsized businesses, which are more likely to use third-party data center operators, versus maintaining data centers in-house.

Peak 10’s plans call for redeveloping a 75,000-square-foot building in the high-tech Windward Parkway corridor. The project will be built out in three 15,000-square-foot phases for three separate data centers. Completion of the first phase is expected in spring 2014.

In addition to the server and computer hardware space, Peak 10 will eventually build up to 50,000 square feet of office space.

Data centers, which can be as large as shopping malls, are stacked floor-to-ceiling with computer servers and other hardware that power websites, crunch data and store information. Demand for such facilities is being driven as the workforce becomes more mobile and corporate America shifts from desktop-based enterprise software to cloud-based applications.

The region is especially attractive to companies looking for lower-cost data center markets on the East Coast — overall operating costs in Atlanta are at least 50 percent less expensive than in New York. 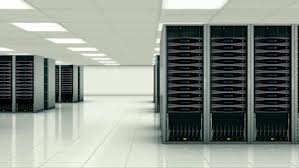 Demand for data center space in Atlanta is up about 20 percent to 30 percent, year-over-year.

Metro Atlanta is an attractive data center site because it has robust fiber infrastructure and a reliable power grid — critical components for such projects. The cost of power in Georgia is about half that of the national average.

Despite strong demand, the Atlanta market is not likely to attract new data center operators, though incumbents will continue to add capacity to grow market share. There’s a fairly significant amount of space and power available from existing providers. That is creating a barrier against new providers coming into the market.