OK – Let me first set the stage. I actually sell enterprise processing infrastructure and failsafe computer systems. I say to my customers, “We don’t care what software you run, we will just make sure it keeps running!” I like to begin the pitch with the foundation and build on that. The foundation is the facility – the data center. If you are trying to run a modern data center from a room in your headquarters, then you are asking for trouble, especially if you have online systems that must be up all the time. The four main ingredients of the data center are power, security, HVAC and internet. Everything has to work all the time. When the commercial power goes out, will the generator start? If a backhoe cuts your internet connection and it takes a week to reconnect, will your customers still be there, patiently waiting? When a minor fire can set off the sprinklers, will you be able to recover your data? Are you really ready for the disaster? 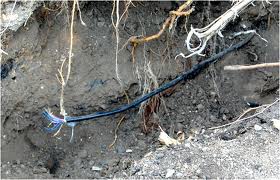 Now what does all this have to do with life insurance? Let me explain.

When I present a clear case for the need to move the system to a real data center where nothing fails – ever – and the cost is less than the fully loaded cost of where they are, what I get is something like, “We have managed just fine so far. Sure there have been outages, but it never put us out of business. But we will think about it and let you know.”

In the classic book on selling, How I raised Myself from Failure to Success in Selling, by Frank Bettger, there is a chapter called “A $250,000 Sale in 15 Minutes.”  As the story goes, Frank had heard of an executive who needed key man life insurance and all the big companies had already submitted proposals. Frank was late to the race. But by asking questions he learned that a pending deal required the key man coverage. Frank convinced the executive that he had only one thing to be concerned about – what if he became uninsurable in the next few days while trying to decide which policy to go with? The whole deal would fall through. Frank said that he had a doctor standing by to do the exam and that the executive could have peace of mind by the end of the day. I like this sales pitch so much I included it below for your enjoyment. I have edited it a little for blogability. If it does not give you goosebumps, then you are not a salesman.

A portion of the Frank Bettger’s sales pitch:

Frank: Without key man insurance on you this deal will fall through?

Prospect: Yes. That is right.

Frank: So it is of paramount importance that you obtain this insurance immediately and transfer the risk to the insurance company? Suppose you should wake up tonight, in the middle of the night, and it should occur to you that the fire insurance on your large plant had expired. You probably would not be able to get back to sleep. And the first thing in the morning you would have your broker on the phone telling him to protect you immediately, wouldn’t you?

Prospect: Of course I would.

Prospect:I guess that is possible. What do you propose?

Frank: Since nothing is more important to you today than getting this insurance, I have a car waiting for us out front and I have a doctor standing by who is one of the leading medical examiners in New York City. He is the only medical examiner I know whose single exam is good for $250,000 of insurance on one person’s life.

Prospect: Cant the other companies do the same thing for me?

Frank: Not this morning they cant. They would require at least two doctors and as much as a week to bind the insurance. I will have you covered by 5PM today.

Prospect: Oh, I think I am going to live a while.

Frank: Suppose you woke in the morning with a sore throat and had to delay the exam?

Prospect: But I feel fine!

Frank: Then why isn’t this exam the most important thing in the world for you to take care of right now?

Prospect: Mr Bettger, whom do you represent?

Frank: I represent you!

Prospect: (Looked into space for a moment, then pushed the other proposals into the trash, then gets his hat): Let’s go.

The cool part is that as he left he said “now what is the company you represent?” That, friend, is real selling. 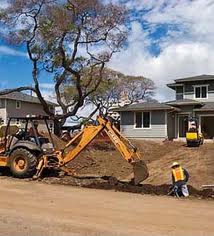 So you think you will look into a real data center someday soon?

What can you possibly gain by waiting?

While I was at Stanford, I got to know Dr. William Schockley, the inventor of the transistor. While at Bell Labs I produced the first computer generated animation, I worked on the first packet switch and the first picture-phone. I worked with the inventors of Unix and C. I produced multiple compilers, operating systems and microcode. I worked with the Snobal language - the precursor to Perl and Ramis the precursor to SQL. The building I worked in was home for 5000 of the smartest people in the industry. We had Phd's cutting the grass. (just kidding). I never had it so good again. Today that building is empty and for sale. After the Bell System, I spent 25 years in the satellite industry. I led development teams in the VSAT industry. I started and grew early stage companies in this industry. Recently I have been involved in cloud computing startups focused on infrastructure and virtual desktops.

Video of the Day